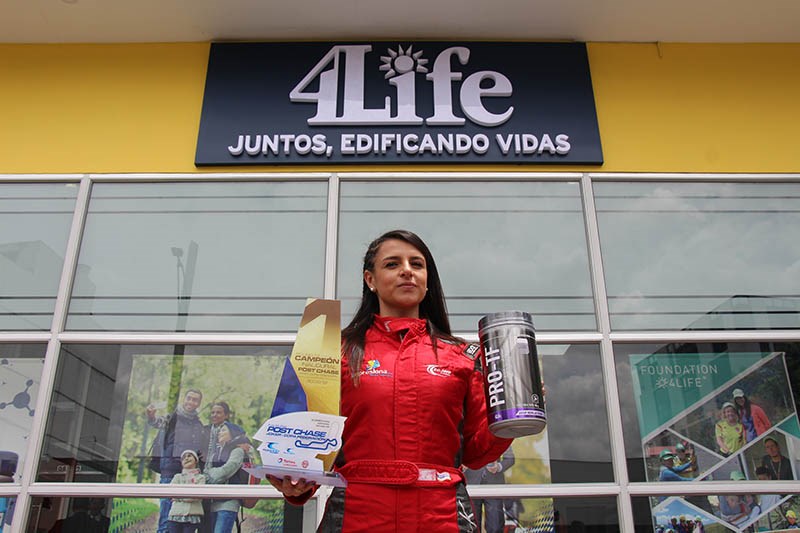 In 2017, Gustavo Sánchez introduced Pérez to 4Life. Since then, Energy Go Stix® and Pro-TF® have been her products of choice.

Pérez: “I race on the weekends. My days are long, and my energy requirements are high. Racing requires physical stamina, mental concentration, and a positive attitude.”

Pérez has been an avid athlete since childhood. She played football (soccer) on a collegiate level while working on her degree in veterinary medicine. She then discovered her passion for motor racing (through her brothers) and became a professional in 2017.

This year, Tatiana and her team will compete in the Class A category with an upgraded engine in their race car.

Pérez: “4Life products will become increasingly important in my training as competition becomes more challenging. My goal is to win the 2020 Class A TC2000 championship.”

Prior to being introduced to 4Life products, Pérez tried a variety of different energy drinks and nutritional supplements. “I just never felt comfortable,” she admits. “But then I began taking Pro-TF. I love the product because it’s filling but doesn’t weigh me down. I take it while training and on competition days.”

4Life has offices in 25 markets to serve the company’s worldwide customers.

You are trying to view a MyShop page. Please log out in order to view this website.